My youthful soul was in every bit giddy after learning about my favorite band’s intended visit to the Philippines. After almost a decade of longing (and voicing out that almost painful desire on Twitter), they finally decided to put an end to the shrugging and made Manila one of their stops in their AHFOD tour. I didn’t think twice about picking the closest area to the stage (despite the terrible injustice the concert capitalists decided to impose on this country’s Coldplay-thirsty crowd).

And man, was it worth every penny. It’s queer how I started to appreciate the concert to its fulness only after looking back, as if the essence and meaning were stripped off gradually–a slow unfolding of the magic that went on the night of April 4th, 2017. As I went through the captured moments, the concert high started sinking in. The set was fantastic, for many, many reasons. (Mind you, this is the only time I justified watching from the most expensive seating–or even just thinking about watching an artist perform live, for that matter.) 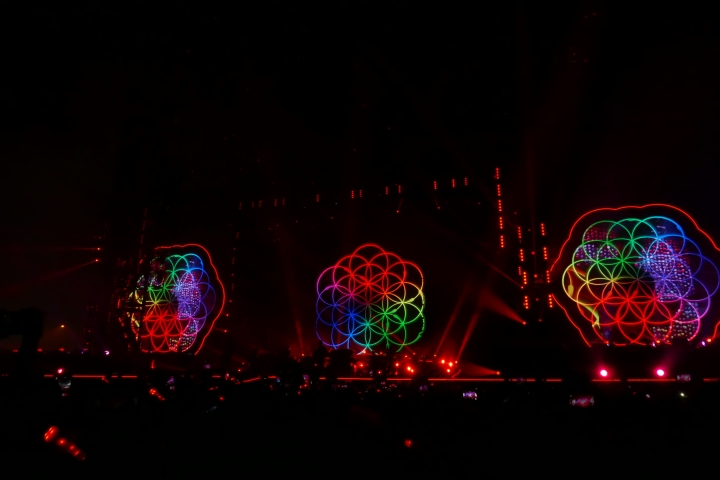 THE SETLIST.
Mostly performing tracks from their newest album, the band played their classics, too. Goosebumps on my very old-time favorite to this day, “The Scientist”. Unfortunately for me, ‘Lost’, the very track that got me tinkering with the piano despite not knowing how to (I was note-illiterate when I successfully learned it), wasn’t part of the agenda. Their David Bowie tribute was awesome in all respects. But boy did Chris Martin kill us all with his impromptu hit single “Manila Song”. That, and their heart-warming tribute to a terminally-ill super-fan “Ink” totally made up for the no-encore situation. 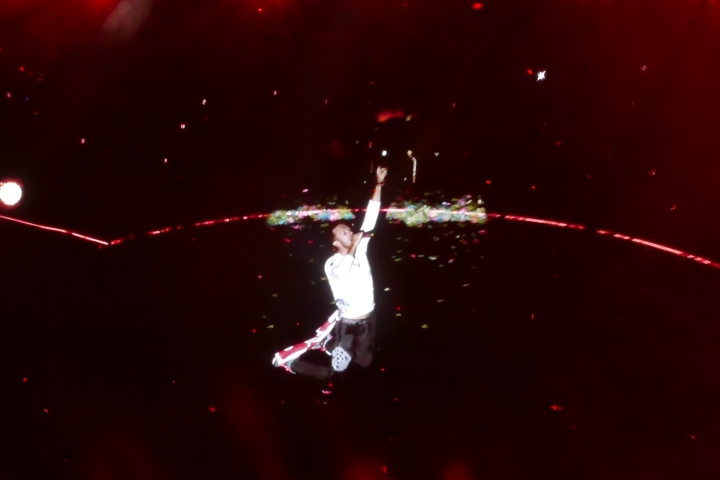 THE PRODUCTION.
How would I describe the experience? Ah yes, sublime. Absolutely sublime. Every song was a unique number of various elements, and needless to say, the crew carefully planned out the artistry behind each set, employing a variation of lights, firework displays, rendered videography, colorful balloons and confetti and the like, creating a whimsical yet hopeful atmosphere–impressively accomplishing the intended theme of the tour, which brought justice to my next point. 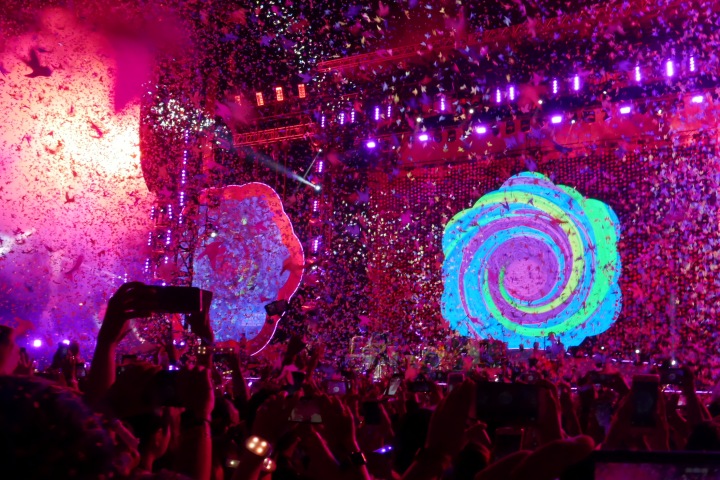 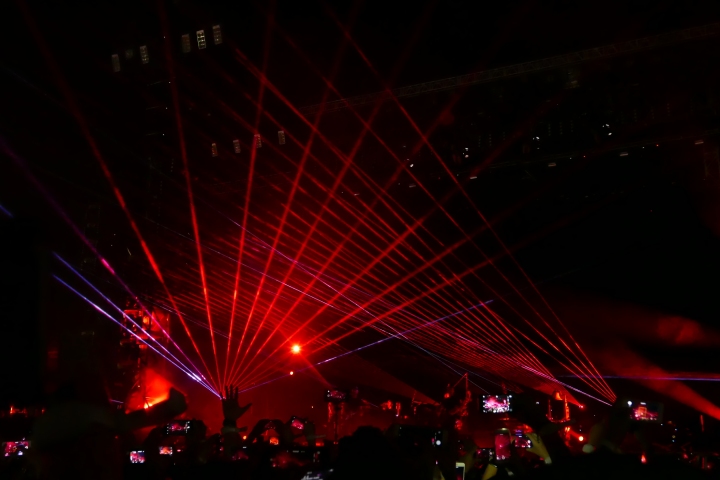 THE ART.
Lifted spirits chimed in with the vocal and visual masterpiece of the show, every song deeply touching the hearts of each individual–whether a mandatory presence or a fanatic’s (presence). The point was that it moved us, and resonated with us even days (and probably years) after it ended. 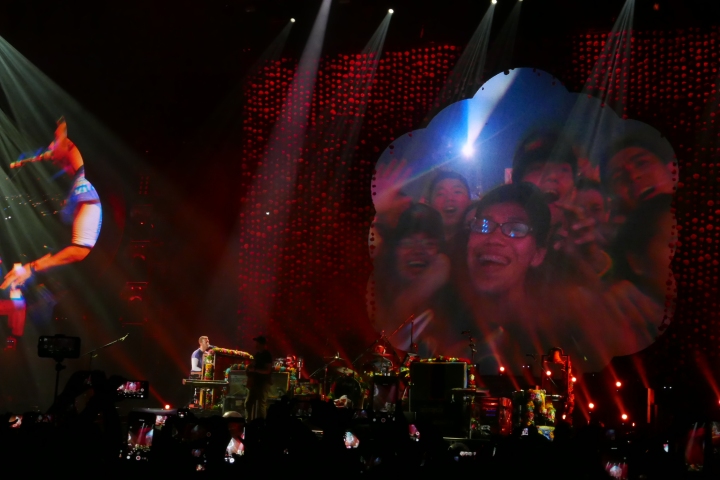 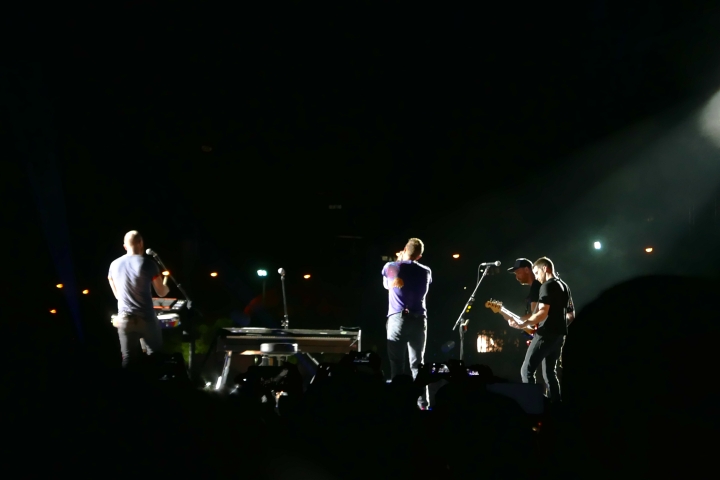 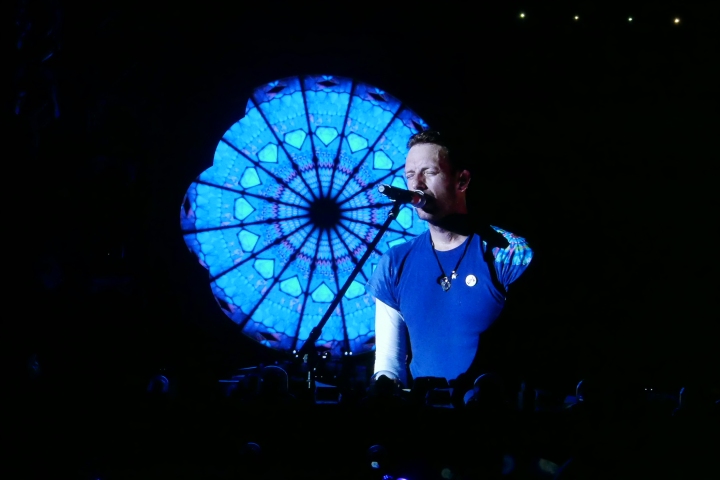 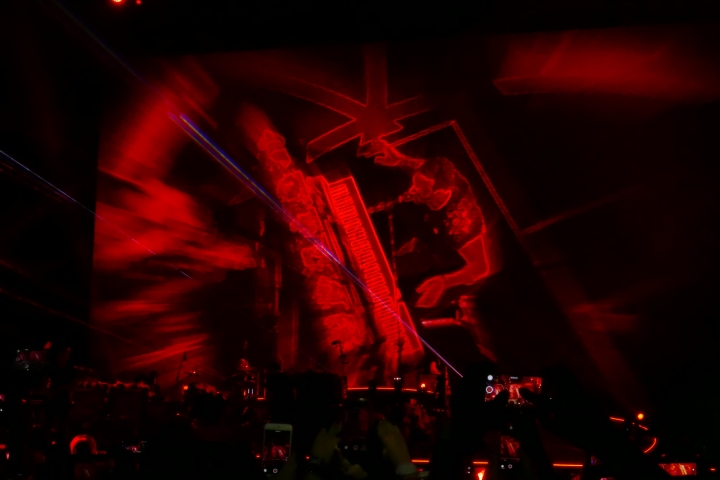 THE ARTIST.
Dividers literally separated the crowd; the mosh-pit culture quite pitted us against each other. We might’ve been an army of 20,000, but the band had us united at one point as we sang in and out of tune, bobbed our heads to the rhythm, waved our colorful Xyloband-hands exuberantly and created a visual dance from a hundred feet up. It turns out that we were part of the show, too. For a little over an hour, we all wanted the same thing, to love and to be accepting, to see the world with fresh eyes, to go after that which sets our soul on fire. That’s what Coldplay was there for, and that’s why we love them. 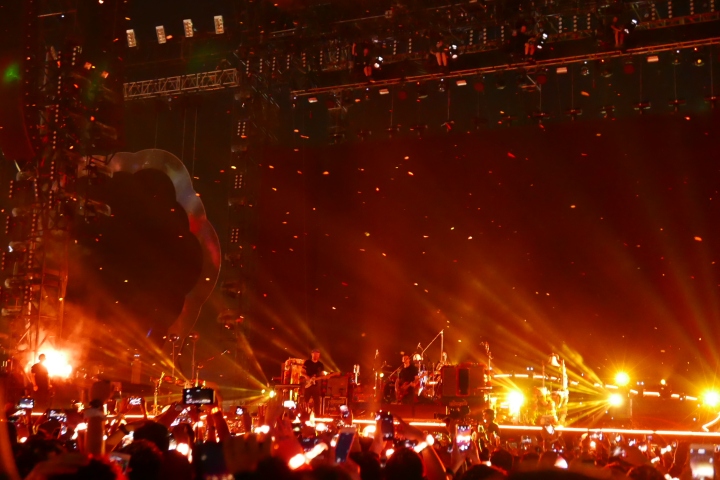 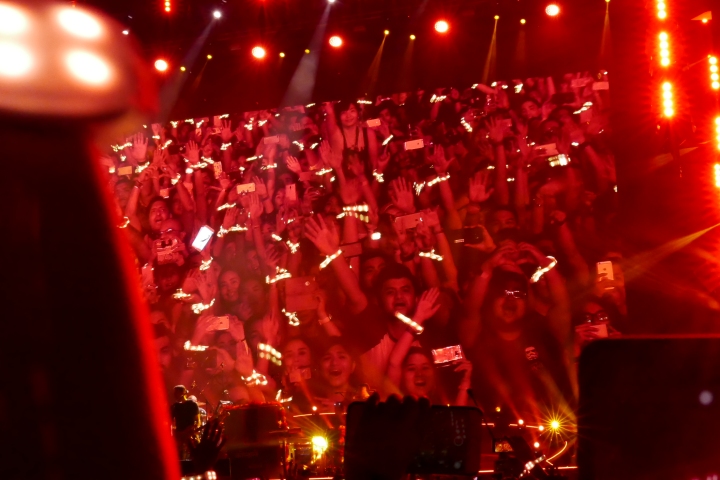 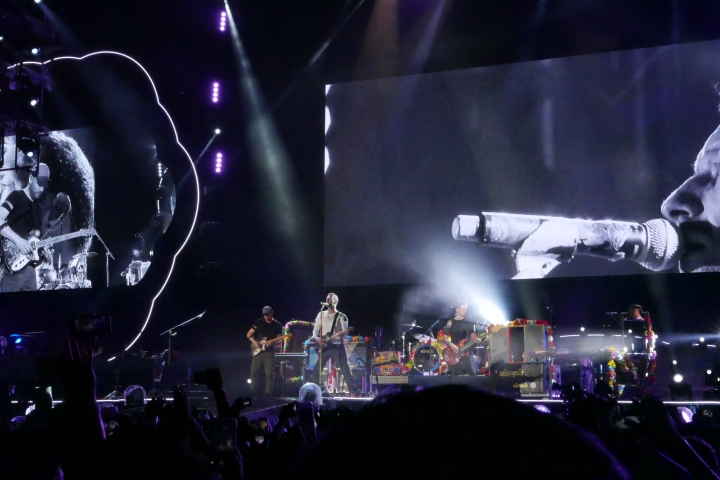 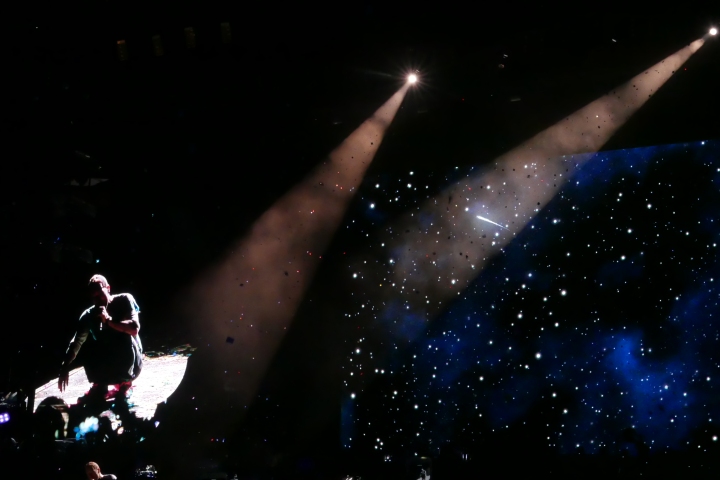 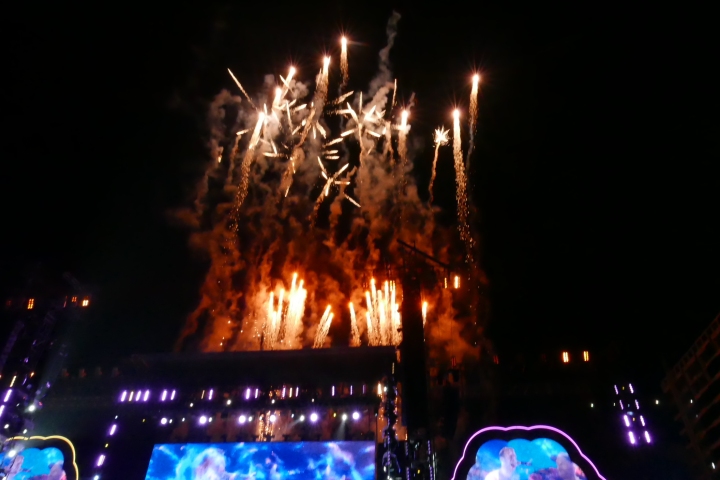 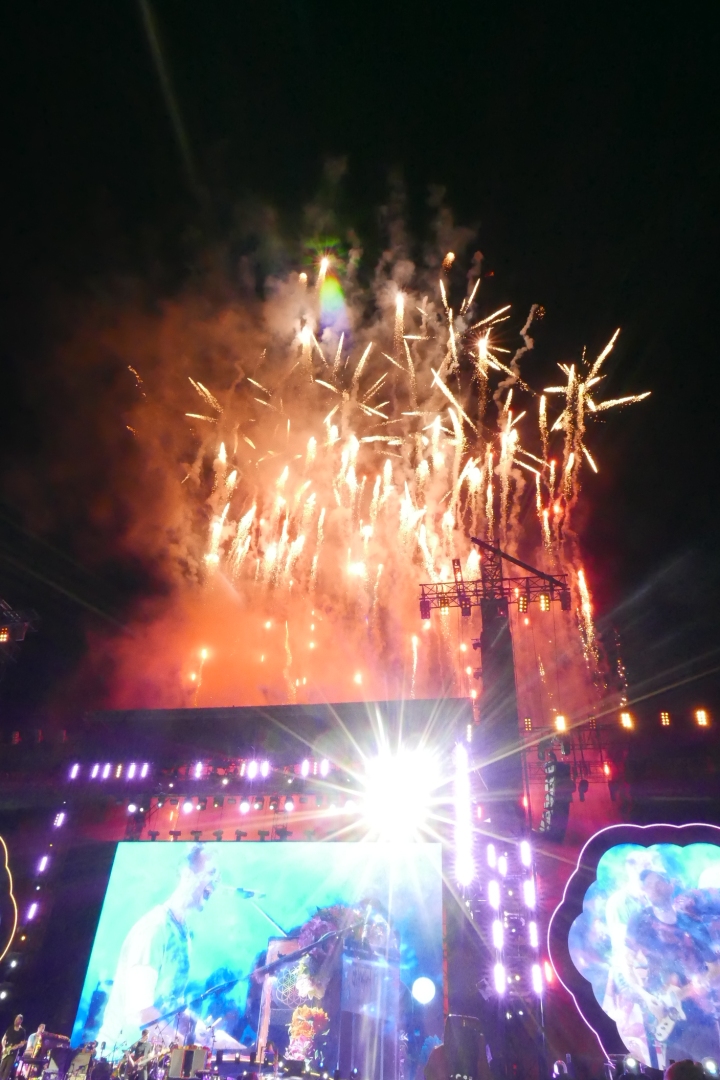 This had been waiting to get out of my chest for some time.
Back in the same spot, 3 years later.
Sunset with ma famille
Feeling twenty-two