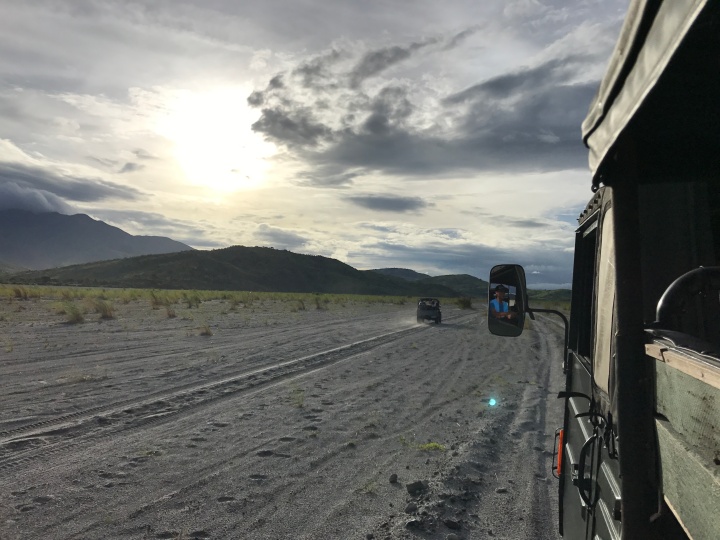 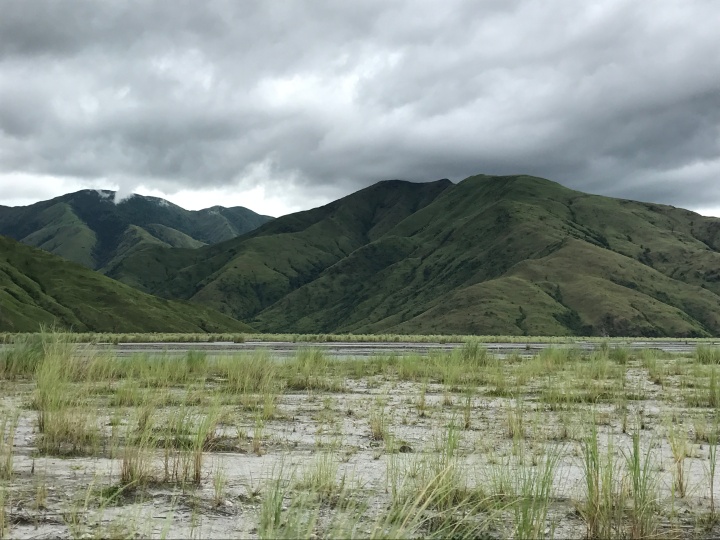 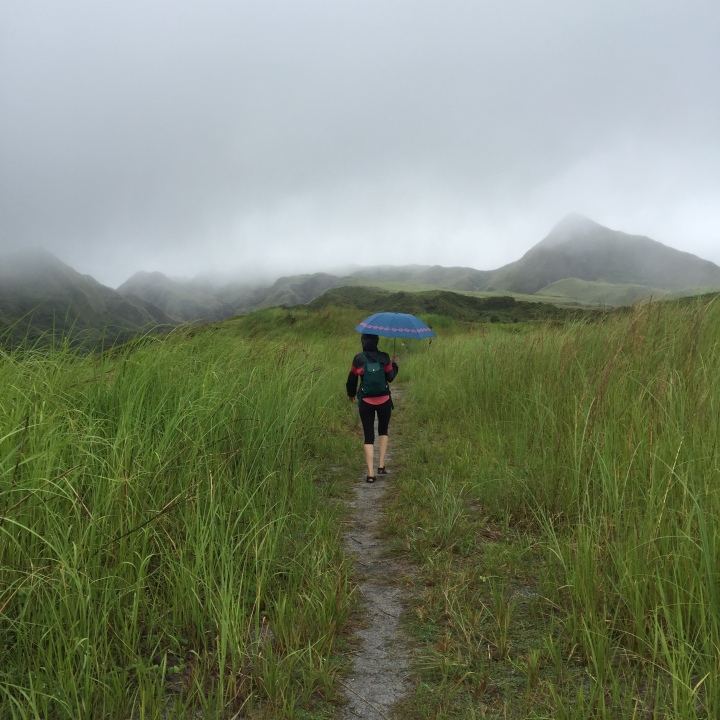 At one o-clock in the morning, we were debating whether to proceed, as the rain poured just hours before our early-morning meet-up. Our tour coordinator was not responsive to our calls (we later found out that he was asleep as we panicked), though we’re glad to have stubbornly left our homes and gave up a night’s rest for the trip.

After a few hours, we arrived at the jump-off after the bumpiest two hours of our lives on the worst possible trail a mighty 4×4 could tread, which later became the bumpiest four hours of our lives, after our trip back. (On a side note, we called the lahar treatment a form of natural exfoliation.) We trekked through an open trail: rocks discolored (or should I say, colored) from the eruption, refreshing, miniature streams (the mountain’s way of saying ‘rest upon my yoke’ after long strides), grand vistas of nearby mountains, valleys, and other forms of land and water, and lush tropical plantation in almost every shade of green. Everything was splendidly curated for optimum visual pleasure, which got us to stop for a photo op every few minutes. We were too captivated by the journey that the intended destination was simply a throw-in. Profound.

Along the way, we passed by a small Aeta village. We were moved by their people’s hospitality; some of the young one’s observed us from the tall grass by the trail, or greeted us from among the large rocks. Our local guide, kuya Martin entertained us with stories about daily life in the mountains: they survive without electricity. For food, they harvested kamote (no rice!) and occasionally, wild animals on the mountains–manok na labuyo, baboy–damo and the like. Hunting and gathering was still a common means of living; we were fascinated to hear about one of the hunters’ close encounters with a majestic black bear. The tribe’s culture and tradition was well-preserved: for instance, brides were given away at the cost of dowry, with kuya Martin’s family giving away a large sum for his wife. I was particularly flabbergasted to hear that he never tasted Jollibee chickenjoy before! (Such were the astonished remarks of an entitled city oaf.) I felt embarrassed, and humbled, too. 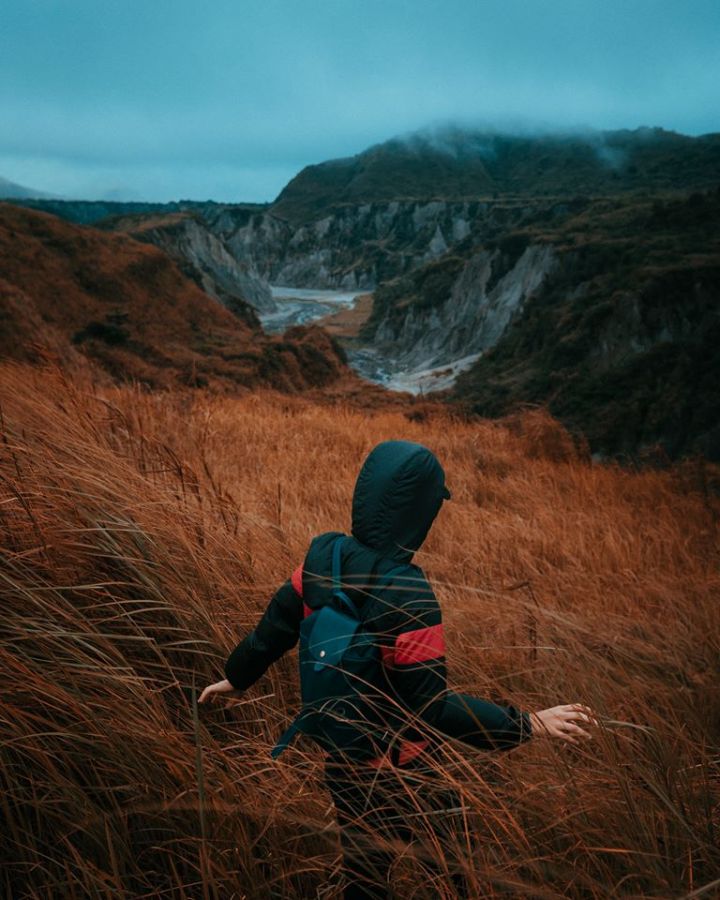 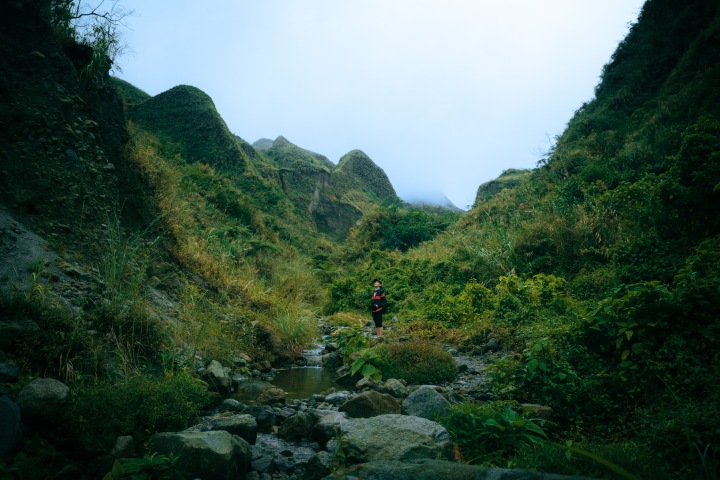 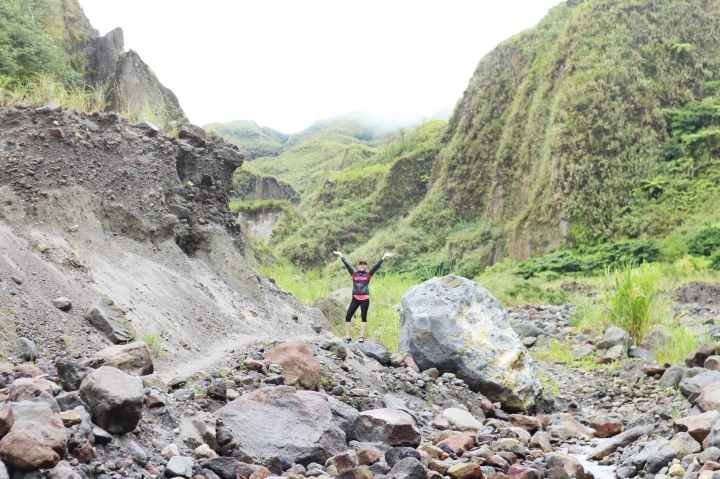 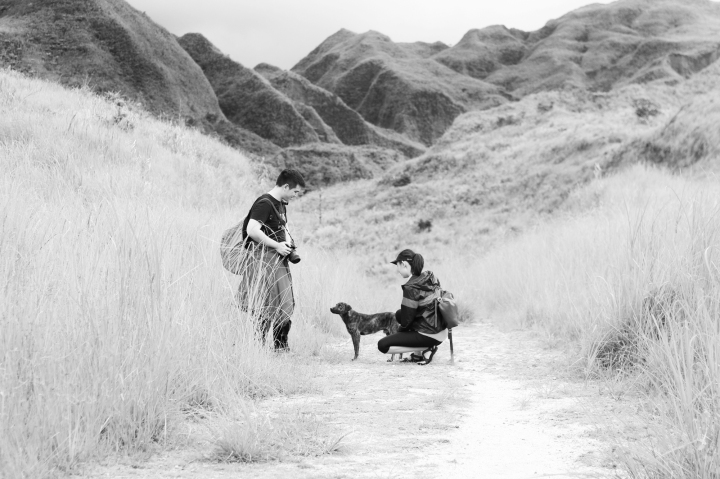 As we were happy to make a few friends among the locals, it was also refreshing to be greeted by passersby, no strangers to the city, also looking for respite in the mountains. It was as if human beings, rid of societal norms, are social creatures in our purest form. When surrounded by nature, away from the pressures of civilization, we tend to gravitate toward each other. Our hosts’ warmth and affection, as well as our fellow hikers’ hospitality, was deeply touching; it made me feel ashamed for the way we live in the city–most of the time cold and distant. Nature used to unite us before commerce created a distance. Today, we go through great lengths to gravitate toward the belongingness it provides, each time opening up a channel of understanding and appreciation the world we live in, and the Force behind it.

My friends and I failed to notice the time. We’d been walking for three hours and reached the top with only thirty minutes to spare. Although I was waiting to see the crater lake illuminate in crystalline blue, the rain had served us a murky green body of water–still a grand sight to see. Standing atop the viewpoint, we marveled at the fantastic sight that had once been nature’s disaster. Our tour guide showed us a few pictures of what had once been: a sacred mountain turned out to be a volcano, destroying all life within a few kilometers’ radius. Its aftermath had left an imperfect yet splendid rock formation, a reminder of a painful past through the remains of a beautiful scar.

The Aetas may own it as private property, but the Lord’s hands shaped it, ever so wonderfully. It is one of God’s finest sculptures, at first to be feared, then to be revered, much like the Creator Himself.