It has been a year of enlightenment.

I have ventured near and far, within and outside my mind, on paper and in person, knowledge of all kinds, which have chiseled my mind into better shape. It is now prepared to tread on rougher paths and to make decisions responsibly, more aware of what it is capable and incapable of.

I owe gratitude to my invisible mentors, authors of dearly-loved books, who have helped inspire in me a clearer state of mind, and brought inspiration to take on the coming year with confidence and fortitude.

Earlier this year, I made the commitment to read at least one cover each month, and I’m happy to share that I achieved, and even exceeded it (thanks to the life-hack that is Audible).

It is with merriment, the kind that makes a five-year-old boy show everyone his shiny new toy car, that I share with you my top 8 for 2017. 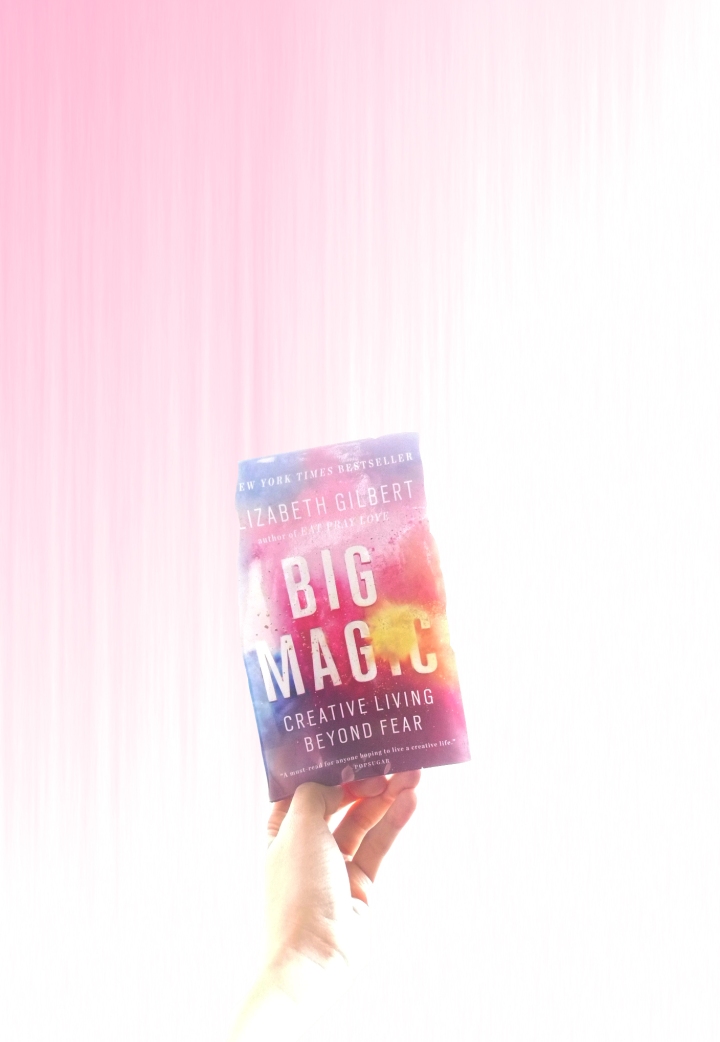 There are moments I tend to grapple with creativity. I question the validity and value of my work, as well my future (if any at all) with it. My steep type-A personality fights to be in control, but it is unable to emerge victorious as the journey of the creative is as spontaneous and messy as it is wonderful.

Elizabeth Gilbert, with her charm and passion and deeply beautiful understanding of the creative process and the elements around it, swept me away as I read the first few sentences of her book. Big Magic enlightened me on the pursuit I signed up for, liberated me from common unquestioned ‘norms’ of understanding creativity, and encouraged me to just. keep. writing, whether or not a reason is present. 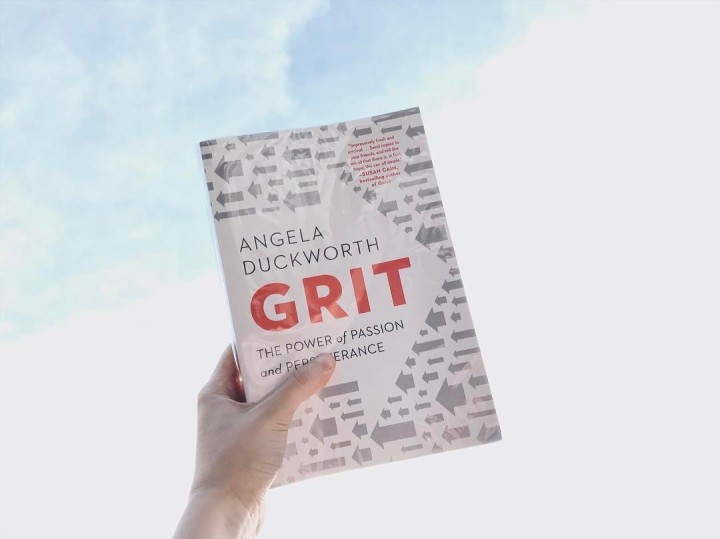 Here’s the thing: it’s easy to coast through each day when things flatten into a routine, or when life is always never boring for us. But when something (an event, person, or thought) shakes us, we wonder to ourselves, “Is this all worth it?”, and when the answer is negative, we come to the conclusion that we’re settling. Then comes the void, the unhappiness, the guilt, and anything that follows it becomes suffering. When the pain lifts off, either from arriving at a resolution or a passing of time, we tread again only to find ourselves in a dead end–-with a passage we couldn’t access until we look beyond temporary emotions and consider what we really want to pursue.

A contemporary classic, Grit demystifies the psychology of achievement (of the self, and not as validated by the world) and the facets that revolve around it. The author, Angela Duckworth, shares her discoveries along with personal encounters with grit in her goal to prove her assumptions about what makes successful people. Diligently studied, the author herself has displayed tremendous passion and perseverance to put together a book that helps struggling career-nomads like me discover (and choose) their calling and grow it. The book is highly practical, and I hope that the reader might benefit from a short understanding of its essence after reading my key takeaways. 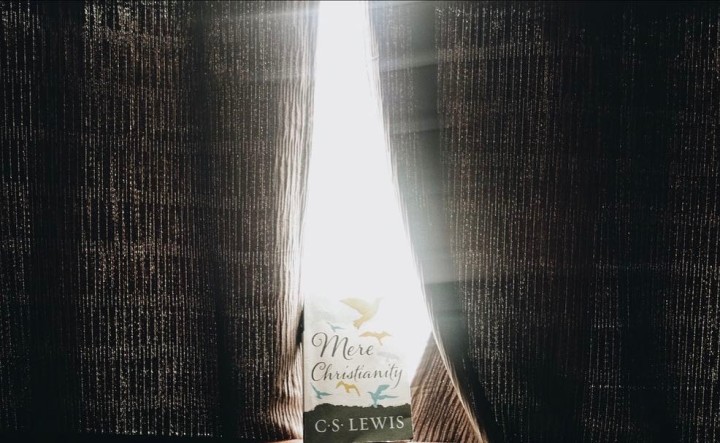 Deep has been the joy of my heart as I read through this literary masterpiece.

The author has elucidated, in plain language, the fundamental truths Christian faith is founded on. I had come to realize that most arguments against Christianity–including the strongest ones–may not be entirely sound even from a purely rational standpoint. He is able to explain so simply, so beautifully yet so intelligibly the inexplicable mess we find ourselves in–and guide one thoroughly into making a choice. Page after page, the reader gradually puts his guard down as he finds himself making sense of the hullabaloo about this God and this Jesus.

‘C.S. Lewis is the ideal persuader for the half-convinced, for the good man who would like to be a Christian but finds his intellect getting in the way.’ -New York Times Book review

The 80/20 Principle by Richard Koch 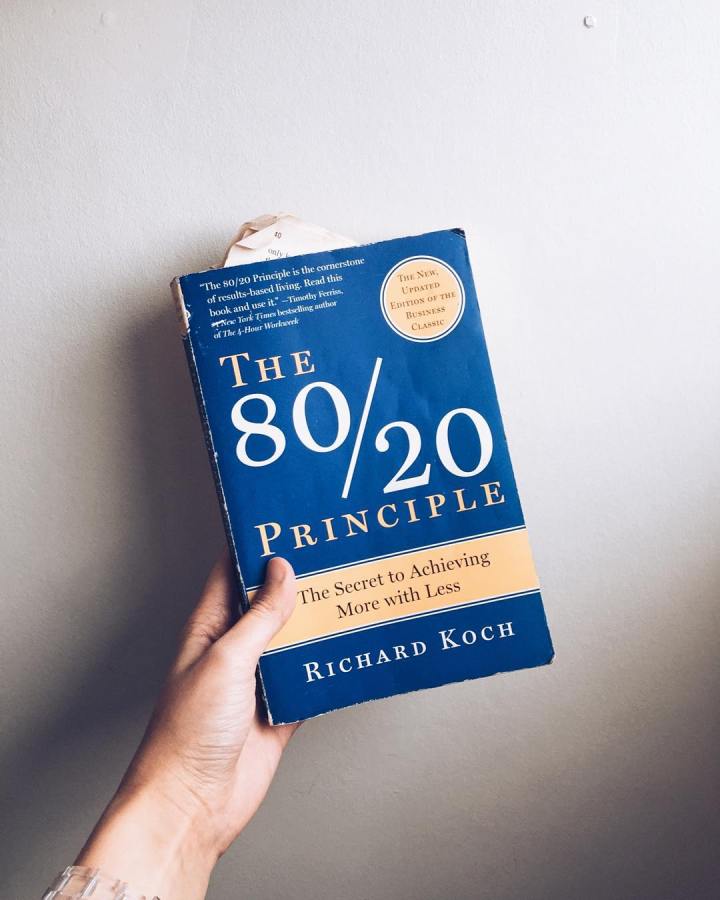 ‘Quality over quantity’ is a common saying, often thrown around to prove a point in an argument, but it may be a way of life inasmuch as it is an attitude towards something. The Pareto Principle, further elucidated by Richard Koch, paves a way for unconventional thinking and self-awareness: one that prompts us to cut down and throw away life’s abstract and nuanced garbage, often disguised as necessity or nice-to-haves.

My reading experience was full of ‘YES, YES, EXACTLY!’ moments that I wouldn’t mind reading it over and over as a guide for everyday fortitude. Indeed, one can achieve by hard work, but he can accomplish more and enjoy more by maintaining an 80/20 mindset. 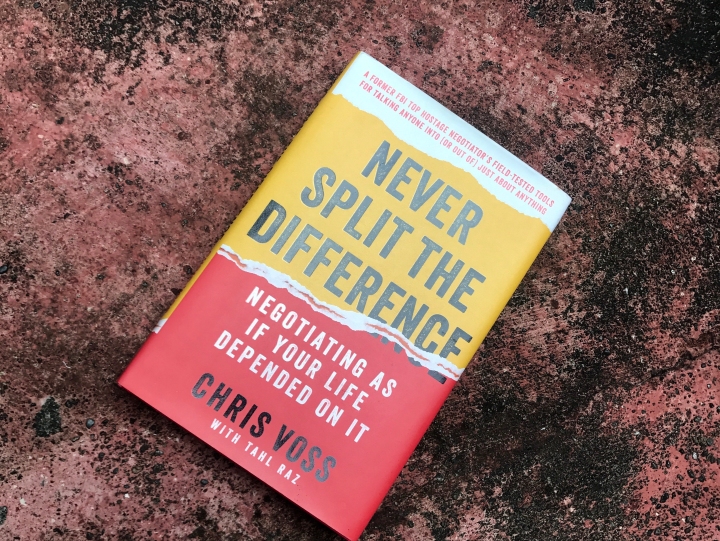 Facilitating my mind’s entry into psychology for business practice, this book opened my eyes to the many underlying factors that affect negotiations. A former FBI hostage negotiator thrust daily into life-or-death situations, Chris Voss discovered that the art of deal-making is never a rigid, predictable science, rather a set of psychological principles executed with substantial emotional intelligence. Negotiation was founded on hard techniques, an accepted norm he seemed to question, and the more he experienced, the further he solidified the perception that negotiators often overlook the human frailty behind every deal, which is what often causes it to fail.

Negotiation is not rocket science, but is rather intuitive if we merely pay close attention to the psychological dance in every business transaction. The author diligently describes crucial tactics we can use to build empathy to strike a better deal for both parties on the table. He teaches the reader to find and leverage information, to fully engage one’s senses–taking nothing for granted, and to prepare for everything, including the unknown.

One of my personal favorites, this book has wide practical applications. Though we might not be aware of it, we often engage in negotiation in daily experience, hence learning from it enriches our encounters exponentially, expanding one’s understanding of the human drive. Its principles hold true not just within the boardroom, but in flea markets, government offices, and households, too.

I was so engrossed by the literature of psychology that I never turned back (instead I hungered for more) since.

Viktor Frankl was an Austrian neurologist who survived the Holocaust after three years in a concentration camp. His manifesto, Man’s Search for Meaning, narrated the vivid, horrid experiences that led him to champion meaning as the primary motivation for one’s life. He words, ever so sublimely,

“Don’t aim at success. The more you aim at it and make it a target, the more you are going to miss it. For success, like happiness, cannot be pursued; it must ensue, and it only does so as the unintended side effect of one’s personal dedication to a cause greater than oneself or as the by-product of one’s surrender to a person other than oneself.”

In the midst of every day: the important and urgent things to be done, the usual passiveness, the possible mindlessness of its majority, we, whether it be through a singular, soul-crunching event or in a gradual, unassuming manner, ask ourselves what this cycle of things is all about: what we go to bed and wake up for, what this being, this existence, is rooted on: is it a vision of the future? an otherworldly cause?

Not long after World War II, he published this autobiography and pioneered logotherapy, a psychological discipline aimed at finding purpose in one’s life. It is most useful in cases of mental health disorder, wherein patients experience an ‘existential vacuum’, a sense of meaninglessness, that often leads to substance abuse, post-traumatic stress, depression, and anxiety.

Upon reading I absorbed the importance of treating people not for what they are, but what they can be, which evokes in me a fulfillment, as well, to be more hopeful and understanding. Human beings are capable insofar as they believe themselves to be.

Autobiographies are said to be a genuine immersive experience. I’m certain that many dare to argue that this is one of the best ones yet. 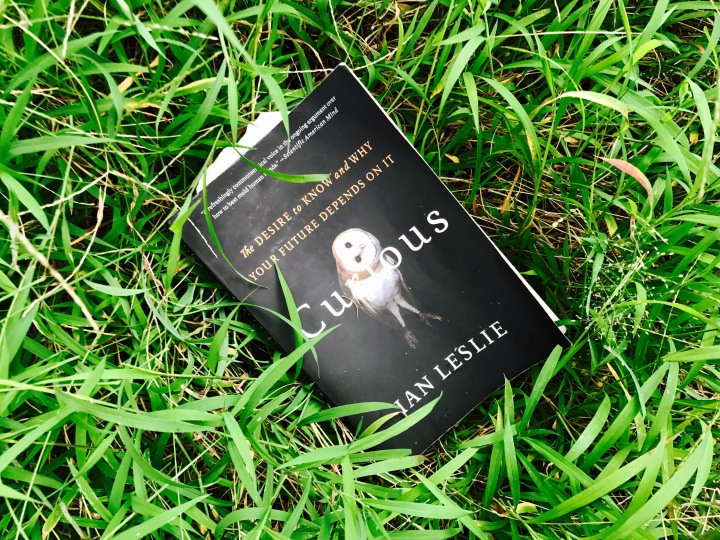 Ian Leslie makes a great case for understanding the desire to know as a characteristic that, when embodied, elevates different areas of life: career, relationships, purpose, and so on. Although unlike most of the scientifically-grounded books I’ve read, he craftily puts together a collection of anecdotes, historical phenomena, and modern research findings to convince in the reader an understanding of knowledge as a gateway to creativity and enlightenment. He questioned the educational system and its harshest critics, along with the radical contribution of the internet to the polarization of the knows and the know-nots.

According to the author, there are three types of curiosity–the shallow (diversive), the specialized (epistemic), and the human (empathic). The last I celebrate the most for it opens not just the mind, but the heart, as well.

Citing seven habits that inspire curiosity, one is left with practical knowledge to begin his quest to undertake a new lifestyle, that of our heroes Steve Jobs and Benjamin Franklin: the way of the thinkerer (a portmanteau of think and tinker). 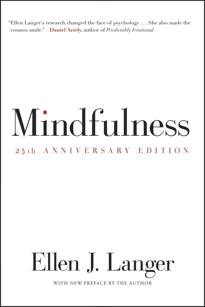 There are plenty of things we accept to be true because we were conditioned, at an early age, to regard them as such. The thing is, that is not necessarily the case.

In another foundational book that sows on rich soil our faculty for self-awareness and emotional intelligence, Ellen Langer presents her startling findings on the crucial importance of being mindful and the severe consequences of its opposite. With substantial practical applications, being in the present and being active in thought profoundly enriches life.

Well-founded on scientific research and experiment, she narrates roughly thirty experiments and explains her findings in detailed fashion–carefully dissecting the nuanced parts of our lives we unconsciously ignore, of which results dangerous single-mindedness and blind acceptance. Only upon paying careful attention and avoiding to pre-empt do we appreciate and make the most out of life. From attention comes inquiry, from inquiring comes understanding, and from understanding comes appreciation.

I strongly identify with her preference for process over outcome, a guiding principle in any activity. As one in her prime, I was inclined to set goals to achieve, but slightly suffered over the pressure on myself. I am often put in a situation where I am pressured to deliver, whether by external factors, or internal voices within myself. As I read the book, I regained confidence in active focus of the minute-by-minute activities, mind attentive and fully in the present. The beauty of focusing on process is that it is habit-forming, it is consistent, it embraces the moment by moment engagement of the task, it is richer in knowledge. It might take the longer and more difficult path, but it is always more fulfilling than taking shortcuts, which is the danger with outcome-oriented mindsets. After some time I look back on what I’ve accomplished, and come to realize that much had been done, and that every one of those small moments were enjoyable.

My hope is for you, dear reader, to choose to live a bright and fulfilled year in 2018. 🙂